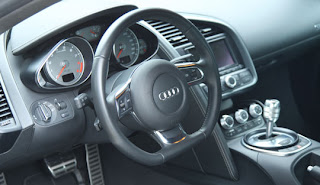 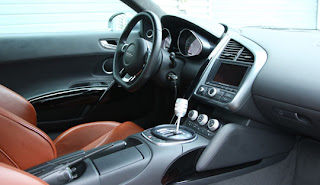 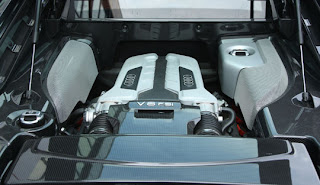 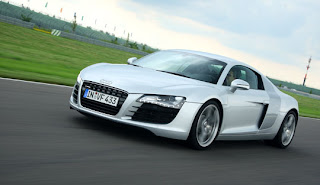 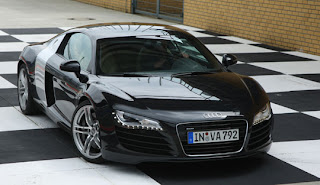 Audi has launched its flagship sportscar, the R8, in India. The all-aluminium construction lightweight screamer features a mid-mounted petrol 4.2-litre V8 FSI engine, and is directly related to the German car maker's Le Mans winning race cars. The 414bhp all-wheel drive sports car with looks to kill for will now be seen on Indian streets too.


The car was launched today at the German embassy in New Delhi, at a ceremony which had other legendary Audi sports cars for company. Highlighting Audi's heritage in making high-performance sports cars was the 1936 Auto Union Type-C, a V12 engined grand Prix racer driven to success by iconic race drivers like Tazio Nuvolari. To display its current competence in motorsport, Audi also had its reigning Le Mans winner, the R10 on display. A lot of technology from this race car manifests itself on the road in the form of the R8.

The car has been priced at Rs 1.17 crore, ex-showroom Delhi. Amazingly, the fifteen Audi R8's allocated to India this year have already been sold. The car could be on your wishlist, but you may just have to wait for a little while longer to get it.
Posted by SZri at 6:31 PM