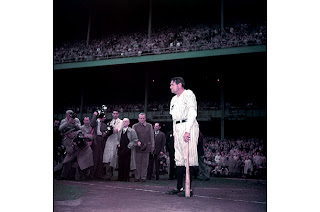 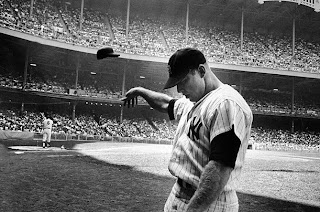 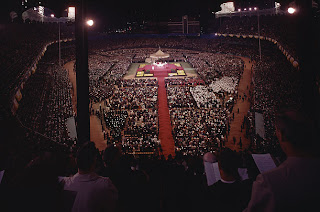 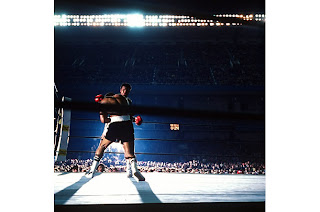 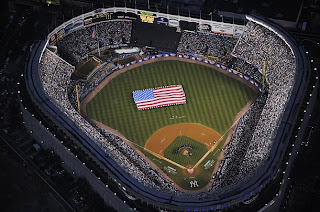 On September 21, the Yankees will play their last game in The House that Ruth Built. Here's a look back at the famed arena's 86 years of American memories


Constructed in 1922, the famed stadium has served as home to the New York Yankees since 1923. In 2009, the Bronx Bombers will resume play in the New Yankee Stadium, which is nearing completion on a site just across the street.

The House That He Built


Legendary slugger Babe Ruth was the first batter to homer in the stadium and his exploits — along with the team's early success there — contributed to the hallowed aura that has surrounded the building ever since. In this photo, the Sultan of Swat tips his hat to a delirious crowd at a Silver Anniversary ceremony at the Stadium.


By 1965, injuries had slowed Mickey Mantle to one of his worst seasons ever. In this photo, he flings his batting helmet away in disgust during a particularly bad day at the plate.


During its 86 years in operation, the stadium witnessed more than baseball games. In 1965, Pope Paul VI said mass on an altar situated in shallow center field. Pope John Paul II would also lead the flock at the stadium in 1979, as would Pope Benedict XVI in 2008A Different Kind of Hitter


In 1976, Muhammad Ali battled Ken Norton in a heavyweight bout at the stadium. In this, the third and final meeting between the two fighters, Ali won by unanimous decision
Fond Farewell


In its final season, the stadium played host to the 79th MLB All-Star Game, where a gigantic flag was paraded through the outfield before the game. After the 2008 year ends, the stadium will be converted into a park.