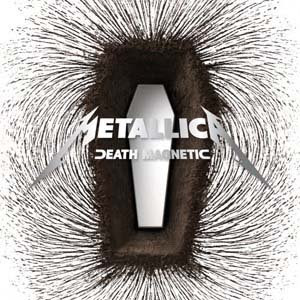 The artwork for Metallica’s hit album Death Magnetic didn’t come from an underground artist or some corporate record label’s art department. Instead, it came from Coca-Cola’s design agency.

Turner Duckworth, San Francisco, which has received accolades for Coke's aluminum bottle designs of late, opted to get involved with an entirely different type of metal. The award-winning design shop created the cover for the popular thrash metal band’s current release.
The unlikely union came about largely because David Turner, one of the company’s founders, is friends with Metallica drummer Lars Ulrich by way of their children attending the same school. Ulrich approached Turner about doing the cover, but Turner said he was somewhat leery at first considering his agency is more accustomed to working with clients like Jamba Juice and Amazon.com.

Turner relented and took a meeting with the band. After it became apparent that they were all on the same page in terms of a concept, the agency went to work.
The magnetized coffin that adorns the cover is joined by a slightly tweaked Metallica logo. The image for Warner Bros. release was important for the band, which opted to go back to its heavier roots after more than a decade of more radio-friendly fare.
The partnership appears to have paid off. Metallica accomplished something the Beatles never did; the band’s new album was its fifth straight to go to No. 1 on the Billboard 200. It has sold half a million copies in three days.
Posted by SZri at 5:01 PM